Well today is the day

Ten Years! A Decade! Wow! Seriously. Wow! Everyone that has been involved with the site deserves a huge pat on the back. 10 Years is nothing to take for granted, Honestly when i think back to when we started and how many ed2k sites there were at the time......tons lol, seemed like a new one was popping up every week in the 2000's. Phantoms still here. How are those other sites doing?

I actually don't know because i haven't visited another ed2k site ( aside from TVU ) is years. Granted even phantom has slowed down a ton as the community is evolving....young punks these days would rather pay micro payments to itunes or android (which ironically is something many of thought was the way things should have been done years ago

) , rather than be part of a community and actually know how to use those things they text and email on

but it is what it is. We should all be immensely proud to have held this all together for a full decade!

Through it all....especially in the early years we were going toe to toe with many sites to attract and retain members and set ourselves apart from the pack. We were not the first site to have a graphics section but we were the first to do it right

That section attracted alot of members and many people learned a ton about Photoshop and other art programs. It was a blast and something that personally meant alot to me. We continued to offer tons of different things to do on the site all while maintaining our friendly atmosphere and helping everyone we could weather they had a filesharing, pc, or personal problem. We cared and it showed :) It wasnt by accident or luck though.....it was because of you. The staff and members are phantom and always have been. This site is Ten mother f%$@ing Years old today because of all your efforts and on behalf of the admin staff both current and past i want to thank you all again

While there have been literally hundreds of people that have contributed to the site over the years there are some that deserve special recognition for going above and beyond. I'm going to list some of them here and a little bit about how they impacted me personally. I encourage others to do the same in this thread if they would like :) Please don't be offended if i forget someone...you people need to consider the massive amounts of weed i smoke and understand my memory aint what it used to be ;)

I bet you all thought i was gonna start off with XiNiTHAOUS eh? Nope. The first person i want to mention is the real reason this site is still up in running. If it all boiled down to one person, one guy that has dedicated more time, effort, and heart to this site, the person that has made the biggest difference IMHO is Twue

This guy built the TV section, structured, and maintained it for years. There have been many in the section over the years but none as dedicated as twue. The TV sections are major in the community and cut throat! Episodes need to be posted the second they are released or people simply go elsewhere. When we had our GFX section Twue was also instrumental there helping build the section, groom and encourage new artists. He entered just about every competition and won a shitload lol. In the early days TV and GFX were the number one sections and Twue was a major part of both. Behind the scenes its Twue who ensures the site is backed up everyday without fail and he has never let us down. Most importantly He's a damm awesome guy and friend. Often the voice of reason that makes my stubborn ass calm down and listen to other points of view. A person could go a life time without meeting someone with Twue's values and qualities. I'm a better man for knowing him. theres much more i could say about him but I'm starting to question my sexuality so I'll move on. I let his nearly 30,000 posts speak for themselves

Ok now i have to mention XiNiTHAOUS

Xin really deserves a ton of praise. He started this site ten years ago because he saw the opportunity and also the challenge. I don't know if everyone knows this but he was just 15 years old when he launched the board

crazy for a dude that young to be mature enough to handle and successfully launch a board like this. As many of you know there are many different ego's, attitudes, and personalities to deal with and manage when running these boards and i was always impressed with the way he handled things. Democratic when ever at all possible and authoritative when needed i never felt that he didnt have things under control and that means alot to keeping the site stable. Not to mention all the self taught coding...he's good

For admins past, i'd personally like to thank Badlad, CDNsimpson, Psyco, and Erica they all played a large roll in keeping the site going and active

Athealan - Sadly we lost ath a short time ago to cancer

He was a great friend, loyal member, and one hell of an original guy. Always in good spirits he kept us laughing and entertained right to the end. We miss you buddy

Hammers and Razor - These two are icons in the community and both great dedicated members of this fine site. Sadly both are on a bit of a hiatus lately, but i need to mention them as they have carried PC games and Movies for years with literally thousands of releases each.

Baf and Futhermukker - Two fantastic artists that i miss alot. While we've lost touch awhile ago you can still see there work on site as Baf is responsible for most of the site icons, buttons, etc. They both contributed alot to this site and spent many hours working on graphics.

Neelpeel, ingolf, ossua - Ingolf is the only one still here but all deserve mention. Neelpeel ( or squeel as ath used to call him ) did alot of work in the fun and games section as was a good friend to many. Ossau was a dedicated releaser and head of phantoms old release group T.O.P. ( the ossau project ) we released many criterion films to the community which are still being shared today. Ingolf is our resident conspiracy nut

, the Xin files are a unique section close to his heart and an awesome addition to the site.

Dukster64 - What can i say about the french man? Surprisingly he never gave up!

Seriously though, over the years as people moved on and left the community its been harder and harder to find qualifies coders that can maintain the site and are trustworthy. Duk is a self taught legend that has kept the site going behind the scenes for years. He also sharp as a tack, a good friend and extremely rational. A minimalist at heart duk has always cut to the chase and been able to solve problems. Thank you for your service sir, if it wernt for you these last few years wouldnt have been possible.

Moeke and Dcyel - Our two newest admins have also had a huge impact over the years. Moeke's tireless dedication to anime has kept the section alive and active forever

Shes here everyday and always willing to help :) DC is another great guy ( we really know how to pick admins here at phantom :) ) DC is a straight shooter that i would trust my life with. Despite being an admin he absolutely has even the newest members back and isnt afraid to stand up for what is right no matter the cost. Dc, your integrity is appreciated and respected.

Last but not least i want to mention Kael. Im not sure why but we love kael

Ok i am at work and have spent an hour and a half typing this....i gotta wrap it up lol. Again, if i missed anyone and I'm sure i did, please dont be offended i am stoned, at work, 41 years old and rushed.

Happy Birthday Phantom! Thanks to everyone!! This site means a great deal to me! Here's to 10 more!!

** I should also thank CheGuevara of TVU fame

Che hosts phantom at a reasonable price and is always helpful when we have a problem. Thanks Che!
Last edited by carpe on June 10th 2016 - 9:13 pm, edited 1 time in total.
Reason: made global announcment for the week 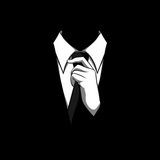 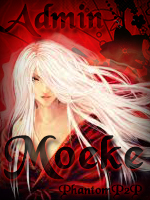 Happy 10th Birthday Phantom
and all that kept the site active and running all those years. all other all mentioned by Carpe Happy birthday, Phantom and thanks to everyone who ever contributed to this site.

Thanks for popping in T, we miss you alot

carpe wrote:Thanks for popping in T, we miss you alot

I miss you guys too. I've been busy throwing panties around

I should come here more often even though I don't download anymore.

but theres always the community and friendships that are here forever