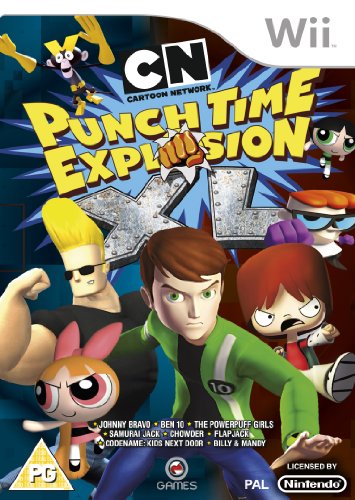 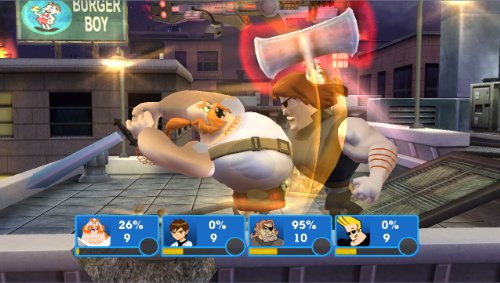 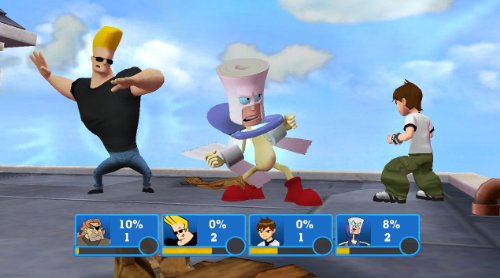 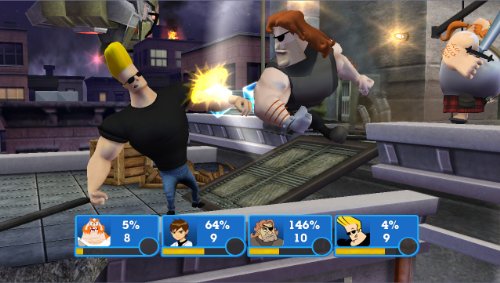 - 26 playable characters including Ben 10, Samurai Jack, Johnny Bravo, Captain Planet, The Powerpuff Girls, Billy & Mandy, Little Ben 10 & more!
- Co-operative play where you can play with up to three friends
- Special combat modes where you can just fight against your mates in all the arenas from the game
- Each playable character has their own “Punch Time Explosion” where they transform & have a unique super power.
- The Action takes place in arena and enviroments from the TV Shows
- Fighting characters can team up with ‘assist characters’ to perform Synergy Attacks where they can work together to attack the enemy
- Unlockables that include new outfits for characters & new battle arenas
- Each character has four signature attacks, which have a unique visual flavour that represent them