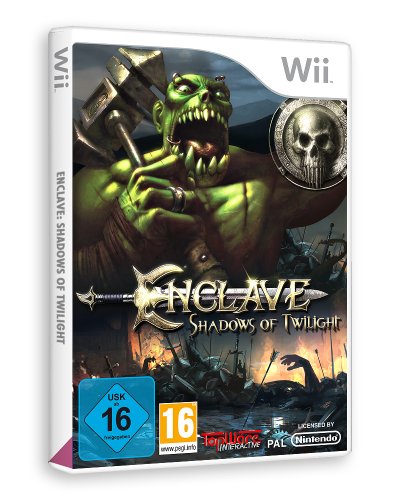 ENCLAVE: Shadows of Twilight masterfully weaves the features of the award winning 2003 PC release with the unique gameplay possibilities posed by the Nintendo WiiTM console. The result is a modernization of the fan favorite which elevates the fantasy RPG experience of the «enclave» series to heights never before reached! Innovative adaptations to classic gameplay elements provide an entirely new experience, effectively expanding the level of immersion in all directions. Players now charge into battle brandishing the WiiTM Remote, laying waste to the hoards of enemies that stand in hero's way, all the while upgrading their character's equipment by looting the corpses the throngs of fallen enemies left in their wake. The riveting combat system is complimented by numerous artfully-crafted cut-scenes, vibrantly narrating the nuances of the hero's epic journey as players explore the bautiful environments of the expansive fantasy world.

Re: Enclave: Shadows of Twilight - PAL

This sounds interesting enough to give it a try!